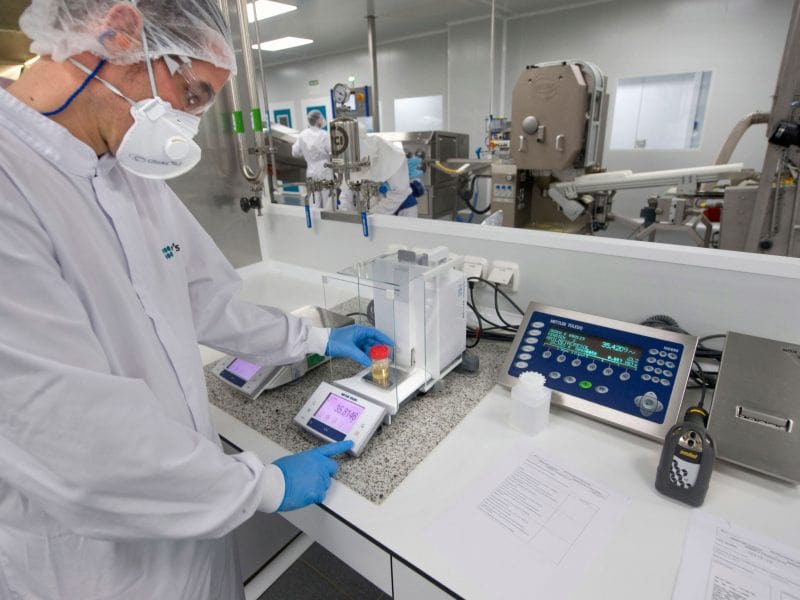 Taiwan – a country of extremely hospitable people, delicious food and… natural medicine. How does clinical pharmacy complement medical knowledge and Chinese medicine complement conventional medicine? Check if the combination of tradition and modernity in the treatment of patients really works.

Taiwan, or the Republic of China

The name, although surprising, is not accidental. To date, the political status of the Republic of China (Taiwan) has not been established, and the island, although independent, is still in conflict with the mainland People’s Republic of China.

From the beginning of the visit, the hospitality of the local population is noticeable, and “Europeanness” becomes something interesting for the local residents. This is particularly evident in the cities further away from the capital Taipei.

What distinguishes Taiwan, is primarily the cuisine. On the local night markets you can find unusual snacks, such as pig ears or duck heads. What would Asia be without fantastic seafood, rice, mango and tea? All this was just a nice addition to a real treat for a pharmacist that I experienced in the local hospital pharmacy.

What should the cooperation between a pharmacist and a doctor look like?

Kaohsiung Veterans General Hospital is a huge hospital in the middle of a metropolis of almost 3 million people. It was there that I had the opportunity to see what patient care looks like, when representatives of all medical professions cooperate with each other.

The hospital, the clinic and the hospital pharmacy are visited daily by thousands of people. Its structure has been divided into 3 subunits and the pharmacy has more than 60 pharmacists.

Clinical pharmacy – what is the pharmacist’s share in the treatment of patients?

The Clinical Pharmacy Department is a team of 15 pharmacists who work and analyze therapies commissioned by doctors every day. In a separate room, which looks like the offices of Warsaw corporations, each employee has his own desk and computer, and next to it there is a small library. Each person working here is a part of the medical team of a given ward.

Daily work of a pharmacist starts with getting acquainted with medical records of patients, then goes to the ward and together with doctors and nurses make the rounds. The doctor orders the treatment and the pharmacist has an advisory role.

This help is particularly useful when interactions, side effects or dosage adjustments need to be made. During my stay I had the opportunity to join the teams of intensive care, geriatrics and paediatrics departments.

In order to increase the effectiveness of cooperation, a meeting of the medical team of a given department is held twice a month. On the example of selected patients, treatment is discussed and joint activities are practiced.

Combination of a hospital pharmacy and a public pharmacy

The most unusual hospital pharmacy ward – outpatient department of pharmacy – is an unusual place and definitely prevails here the hottest atmosphere. Why untypical? You can not come here from the street, and the shelves will not find prescription drugs. Patients who have received medical advice in the hospital’s outpatient clinic are automatically sent an electronic prescription.

This place is a combination of both a hospital pharmacy and a public pharmacy. After a visit to the doctor, the patient goes to the hospital’s cash register, where he pays for the visit and the medicines.

He then receives a queue number that entitles him to collect the medicines. The pharmacy serves about 3000 patients every day. It is equipped with a room for pharmaceutical care, where the doctor can arrange for the patient to consult with the pharmacist.

Can you find similarities to a Polish hospital pharmacy in Taiwan?

The department that is most similar to the Polish image of a hospital pharmacy is the pharmacy department that carries out orders for wards. The work here lasts 24 hours a day, because there are several hundred orders to pack every day. In Taiwan, the current legislation allows for the division of blister and the use of collective medicine packaging, so a single container contains even several thousand tablets.

Orders are completed and then delivered to the wards twice a day – in the morning and in the afternoon. When a drug is needed for cito, a nurse or medical caregiver comes to a special window for it.

The department also has a parenteral nutrition lab and a powder room for children or patients with swallowing problems. Interestingly enough, it is the only form of prescription medicine made. In another part of the hospital there is an operation of oncological drugs.

In another part of the hospital there is a pharmacy dealing with the manufacture of natural medicines. While the commonly used drugs are quite similar, and their names and manufacturers do not differ much from those used in Europe, at first glance you can see that it is here that natural medicine is leading the way.

In Taiwan, unconventional medicine is doing great – boldly functioning next to the academic one. Strong attachment to tradition causes that doctors willingly prescribe natural medicines to patients, and on the shelves of pharmacies there are thousands of herbal raw materials. Insects and a certain species of lizards are also used.

Local pharmacists produce various natural medicines – powders, broths, syrups, concoctions and mixtures. The most surprising for me was the mixture, which not only served as a seasoning for meat, but also stimulated digestion.

Taiwanese people are convinced of the power of herbal medicine and the advantages of acupuncture. They believe that in many cases it is not necessary to use drugs, and help can be sought in their natural counterparts.

Is health care better in Taiwan?

In this country of only 23 million people, a well-functioning health system has been set up. Many digital solutions were introduced several years ago, which contributed to better organisation and order.

A small change in the approach to treatment and the creation of medical teams have brought great facilitation for doctors and a positive effect for patients. Everyone can be an expert in their own field, and this change has benefited the patient above all.